Here is the link to the article. Good reading.
at 9:59 AM 0 comments 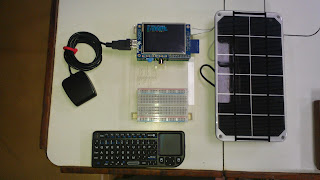 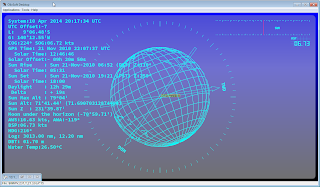 Adafruit provides a small touch screen, the size of the Raspberry PI... It works like a charm! See below...
It comes with detailed explanations about the way to setup the software.
The only thing I had to mess with was the hardware..., the way to hook up the screen on the board.
I must be a software guy... ;0)
And with the 26-pin connector on the right (under the board), you can still use the cobbler.
The ncurses menu at startup turned out to be useful.
There is a soft keyboard that can be useful too in this context. Install it by running Here is what it can look like: 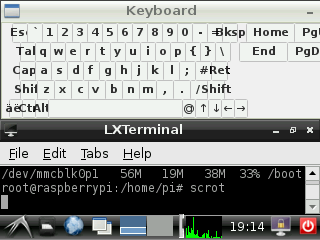 The screenshot above is taken using scrot, Cool stuff.
A Swing UI works fine on this little screen, even if it may need to be reworked to fit the screen. But it's all good. 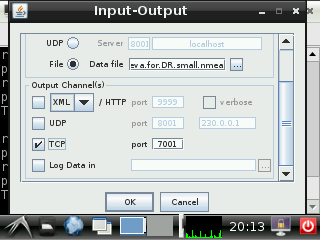 I got the small "miniPOV" kit from Adafruit, assembled it, and attached it to the a spoke of the back wheel of a bike... The first tests are already positive. 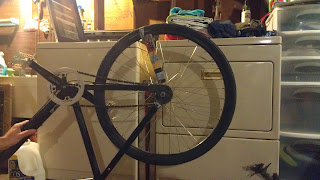 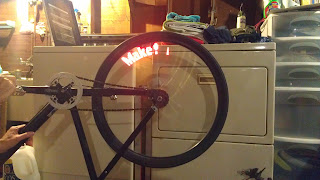 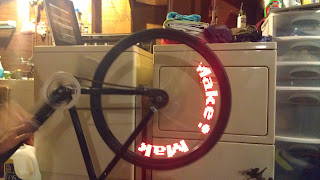 The text you read should say "Make!". Next, I'll be working on some utilities to help people make their own text and upload them to the chip. Stay tuned.
at 7:44 AM 0 comments